No ratification of the FCTC

Now it is clear: With the weak Tobacco Products Act, Switzerland will have the weakest rules for tobacco advertising in Europe. Ratification of the WHO Framework Convention (FCTC) is thus made impossible, as Federal Councillor Alain Berset emphasised.

Due to insufficient restrictions on sponsorship and advertising, Switzerland has not yet been able to ratify the Framework Convention on Tobacco Control (FCTC) of the World Health Organisation (WHO). This will not change with the implementation of the new law. Health Minister Alain Berset (SP) expressed his disappointment after the debate. The bill is not a great step forward and the requirements for ratification of the Framework Convention have not been met.

Switzerland thus remains one of the last Western countries not to have ratified the international Framework Convention.

In the autumn session, the Federal Assembly only agreed on minimal advertising restrictions. The only new advertising banned is that which is already banned in most cantons and/or whose importance for the tobacco industry is declining: Poster advertising, advertising in cinemas, on public transport, public buildings, on sports fields and sporting events. The decided restriction in print and online media corresponds to the current voluntary industry agreement, which is formulated in such a way that it remains ineffective.

Comparison with the current situation 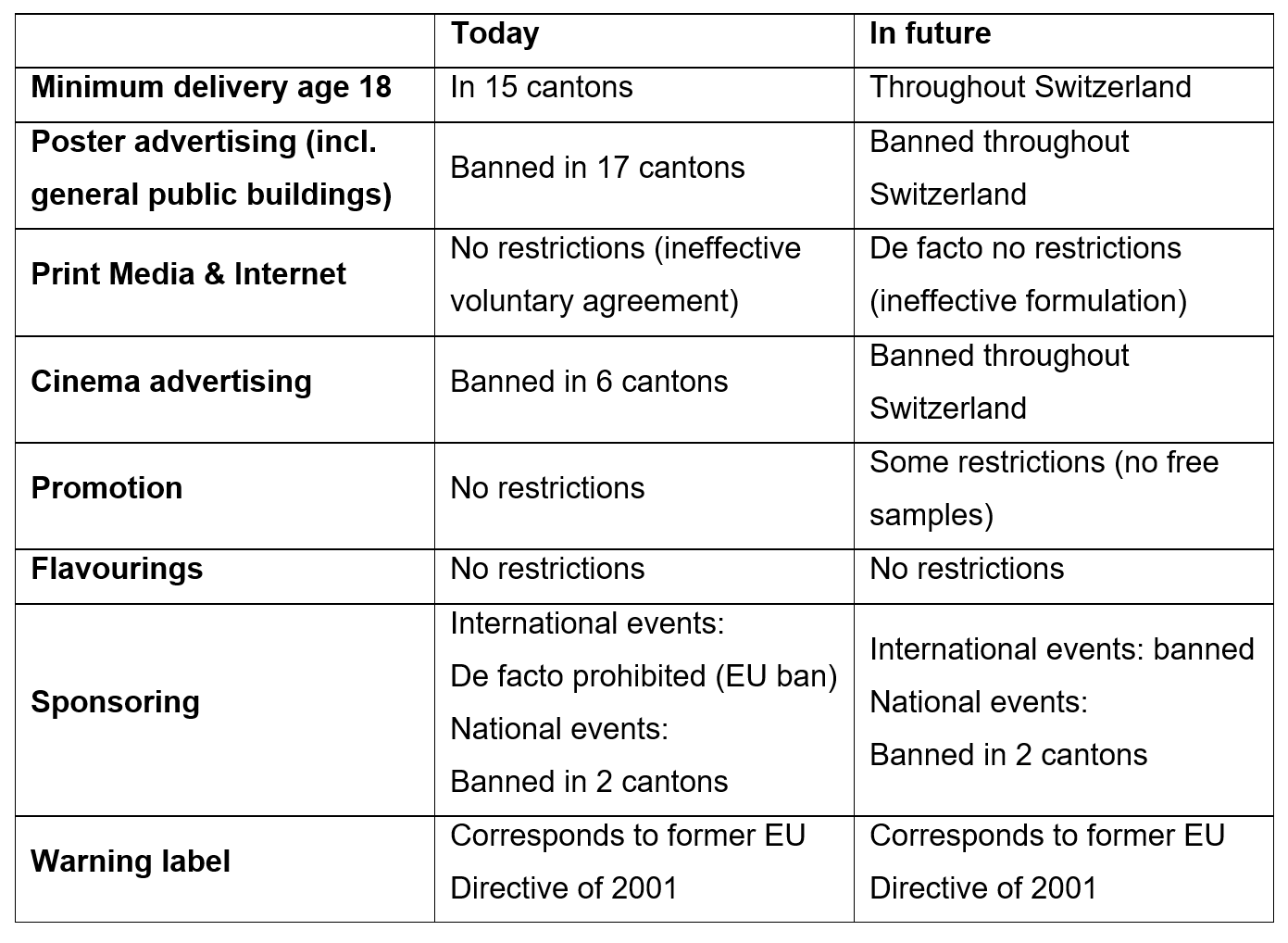 Truth Initiative’s recently published report looking at tobacco imagery in entertainment, “While You Were Streaming: Nicotine on Demand,” finds that as young people watched more video content than ever before in 2020, pervasive smoking and vaping imagery lit up their screens.

SDG 6: Ensure availability and sustainable management of water and sanitation for all

Tobacco's influence extends to many sectors of society and threatens the achievement of the 17 Sustainable Development Goals. Read our latest post on how the production, consumption and disposal of tobacco and nicotine products threatens and pollutes our waters.

The new MMS Bulletin: In the clutches of the tobacco companies

In cooperation with Medicus Mundi Switzerland (MMS), the leading network of international health cooperation and global health, AT Switzerland addresses in an online bulletin the crimes of the tobacco industry in the global South and why they endanger the goals of the 2030 Agenda.