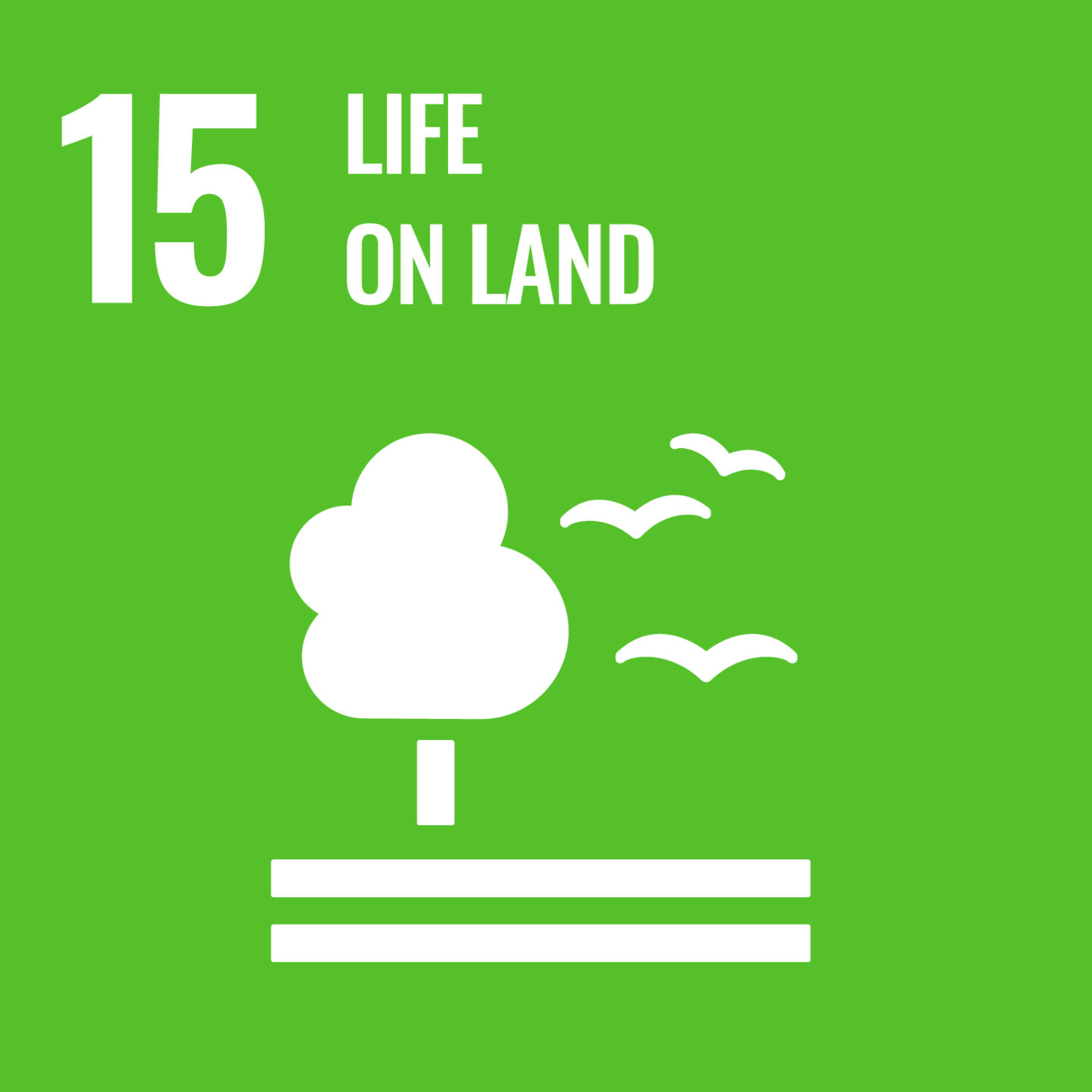 The fifteenth Sustainable Development Goal of the United Nations is devoted to the protection and restauration of land habitats. This involves sustainable forest management, as well as measures to combat desertification, soil depletion, and the loss of biodiversity. But tobacco farms are particularly harmful to land ecosystems.

First of all, tobacco requires a vast amount of space, thus reducing the land available for food crops or other profitable crops. Globally, some 4 million hectares are sacrificed to growing tobacco in more than 125 countries, led by China, India and Brazil. In Europe, it is grown on 66,000 hectares, essentially in Italy, Spain, and Poland.[1] Even in Switzerland, a country with relatively little arable land, it occupies 400 hectares.[2]

These huge farms are usually located on land which was previously forested. Every year, some 211,000 hectares of woodlands are cleared by the tobacco industry, which accounts for 5% of global deforestation.[3] In certain countries where tobacco is the dominant drop, the situation is even worse. India lost 68,000 hectares of forest to tobacco farms between 1962 and 2002. Brazil, for its part, gave up 74,440 hectares between 1990 and 2007.[4]

In southern Africa, the Miombo, a belt of dry forest which stretched across Tanzania, Malawi, and Angola, and which is habitat for many wild animals such as elephants and lions, is particularly affected. In Tanzania alone, some 11,000 hectares of forest are cleared every year to make room for tobacco farms.[5] In Malawi, one of the biggest tobacco producers in the world, 70% of deforestation is caused by this industry.[6]

Land which is given over to growing tobacco also suffers from impoverishment of the soil, because the plant needs especially large quantities of nutrients (nitrogen, phosphorus, potassium). This frequently results in desertification of these areas, requiring farmers to clear new, fresh fields. This vicious circle is especially apparent in the Urambo district in Tanzania, where 69% of tobacco farmers clear new wooded areas every season, and only 6% reuse the same fields more than wo years in a row.[7] Jordan, India, Cuba, and Brazil also suffer from desertification caused by tobacco farming.8

Cigarette manufacturing also requires large quantities of wood. It takes an entire tree to produce enough paper to produce and wrap 15 packets of cigarettes.9 But the part of the process which is most harmful to forests is the drying of the tobacco. This happens in wooden huts and involves heating the tobacco and maintaining it at a constant temperature for several weeks, using fuel which is usually wood from the surrounding forest. Every year, some 8.05 million tons of wood are used for this, representing 2 to 3% of global deforestation.10 In southern Africa, this proportion reaches 12%.11

The tobacco industry also affects land life by spreading vast quantities of pesticides, fungicides, growth regulators, and fertilisers on the fields used for this monoculture. As they accumulate in the soil over the seasons, they eventually contaminate it and enter the food chain by being ingested by the insects and rodents living there.12

The waste products produced by the tobacco industry, particularly the billions of cigarette butts containing nicotine which are thrown on the ground every year, have a similar effect. Cattle, which eat great quantities of vegetation, are especially affected.13

Confronted with the damage it causes to the environment, the tobacco industry merely points to its social responsibility initiatives, in the hope of repairing its reputation as a "green" industry. In Kenya, British American Tobacco requires its farmers to plant 1000 eucalyptus trees on their land for three consecutive years, to make up for the deforestation they have caused. The only problem is that most of these farmers do not have the necessary amount of land.14 For its part, Philip Morris touts is program in Malawi which aims to "restore damaged forest lands" and to develop sustainable drying methods.15 These programs, emphasized for communications purposes, have in reality no lasting impact on the rate of deforestation.

Nor do cigarette makers hesitate to finance studies which minimise the impact of their activities, for example, by understating the quantity of wood needed for drying tobacco, or the extent of the deforestation caused by tobacco farming.16 They have also set up organisations, such as the International Association of Tobacco Farmers, to promote tobacco farming in low-income countries, arguing that it is necessary for the economic survival of local farmers.17

Yet several initiatives have demonstrated that tobacco could easily be replaced by other crops just as profitable. In Tanzania, the UN has supported a program which aims to substitute tomatoes for tobacco. in Kenya, farmers have turned to growing bamboo. And in India, they have started investing in cotton, beans, and chili peppers.18 This ensures a stable income while increasing the food security of their countries.