The Global Tobacco Industry Interference Index is published as an international tobacco lobby index by the Global Centre for Good Governance in Tobacco Control (GGTC) and is based on 20 indicators that are aligned with the guidelines under Article 5.3 of the WHO Framework Convention on Tobacco Control (FCTC). It measures the efforts of governments to tackle tobacco industry influence. A point system is used for the evaluation. The higher the score, the worse the country scores and the greater the influence of the industry.

With 92 out of a possible 100 points, Switzerland is in 79th place in 2021 (out of a total of 80 countries) and is thus considered particularly industry-friendly. Among the 16 participating European states, Switzerland actually performs the worst.

The first three ranks and thus the nations in which the influence of the tobacco industry is lowest are occupied by Brunei Darussalam, New Zealand and the United Kingdom.

Switzerland as a playground for the tobacco industry

As in many other countries, the tobacco industry in Switzerland prevents and delays any development in public health policy that could harm its interests. It interferes in discussions on regulatory measures, influences decision-makers and uses numerous lobbyists to disseminate biased information and represent its interests. The most recent example: After more than six years of work, the parliament passed a disappointing Tobacco Products Act on 1 October: With this law, Switzerland will continue to have the weakest rules for tobacco advertising in Europe and thus remain the tail light in tobacco prevention - a direct consequence of the massive lobbying of the tobacco industry. 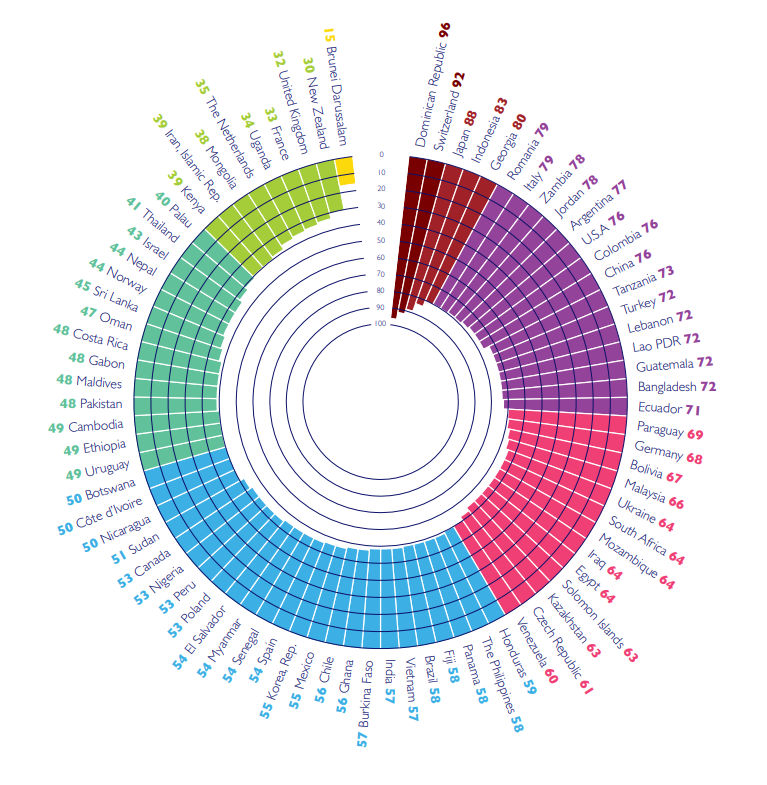 As Switzerland fails to ratify the FCTC, the tobacco industry benefits greatly from the minimal federal laws on tobacco control: for example, the tobacco tax has not been raised since 2013 and the industry can market its products virtually unhindered. Thus, it serves as a playground for the multinational tobacco companies based here, Philip Morris International (PMI), British American Tobacco (BAT) and Japan Tobacco International (JTI) - the global net turnover of these three companies is over 80 billion US dollars for 2019.

Every year, 9,500 people die in Switzerland as a result of smoking. A sad toll! And it is foreseeable that nothing will change in this regard any time soon. As the report points out, new laws and measures aimed at regulating traditional and new tobacco and nicotine products as well as their marketing are weakened by the industry, ultimately undermining public health. 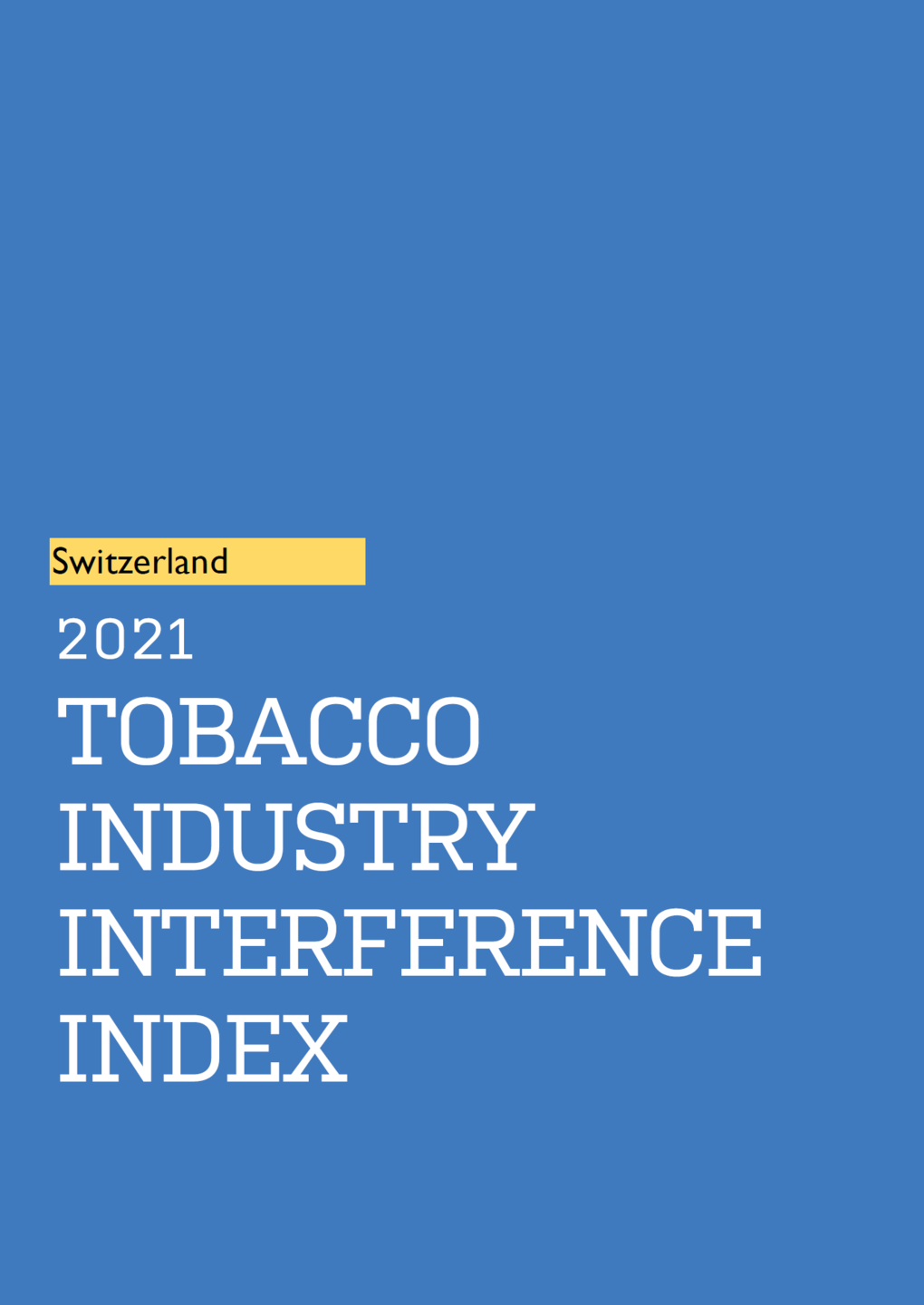 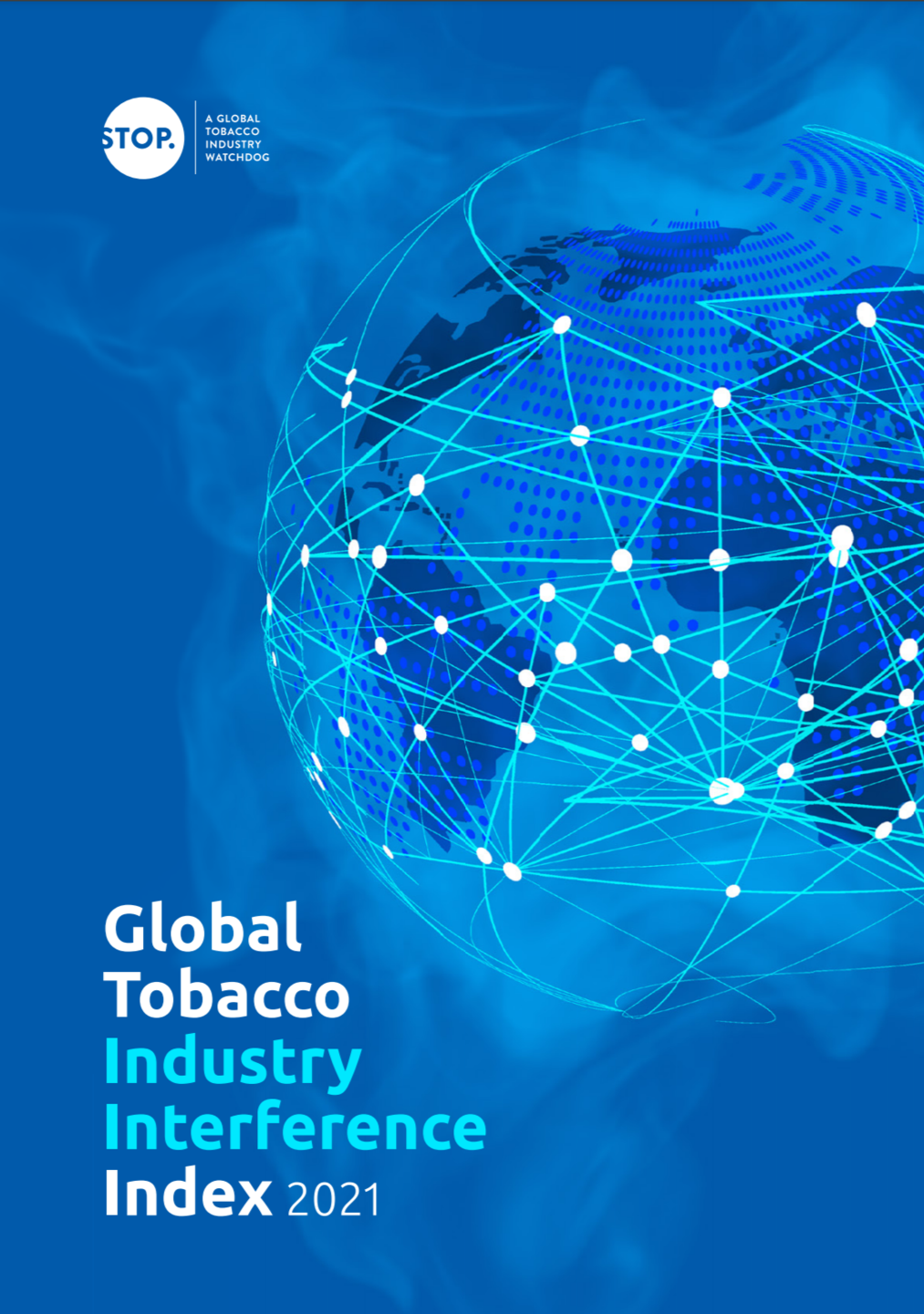 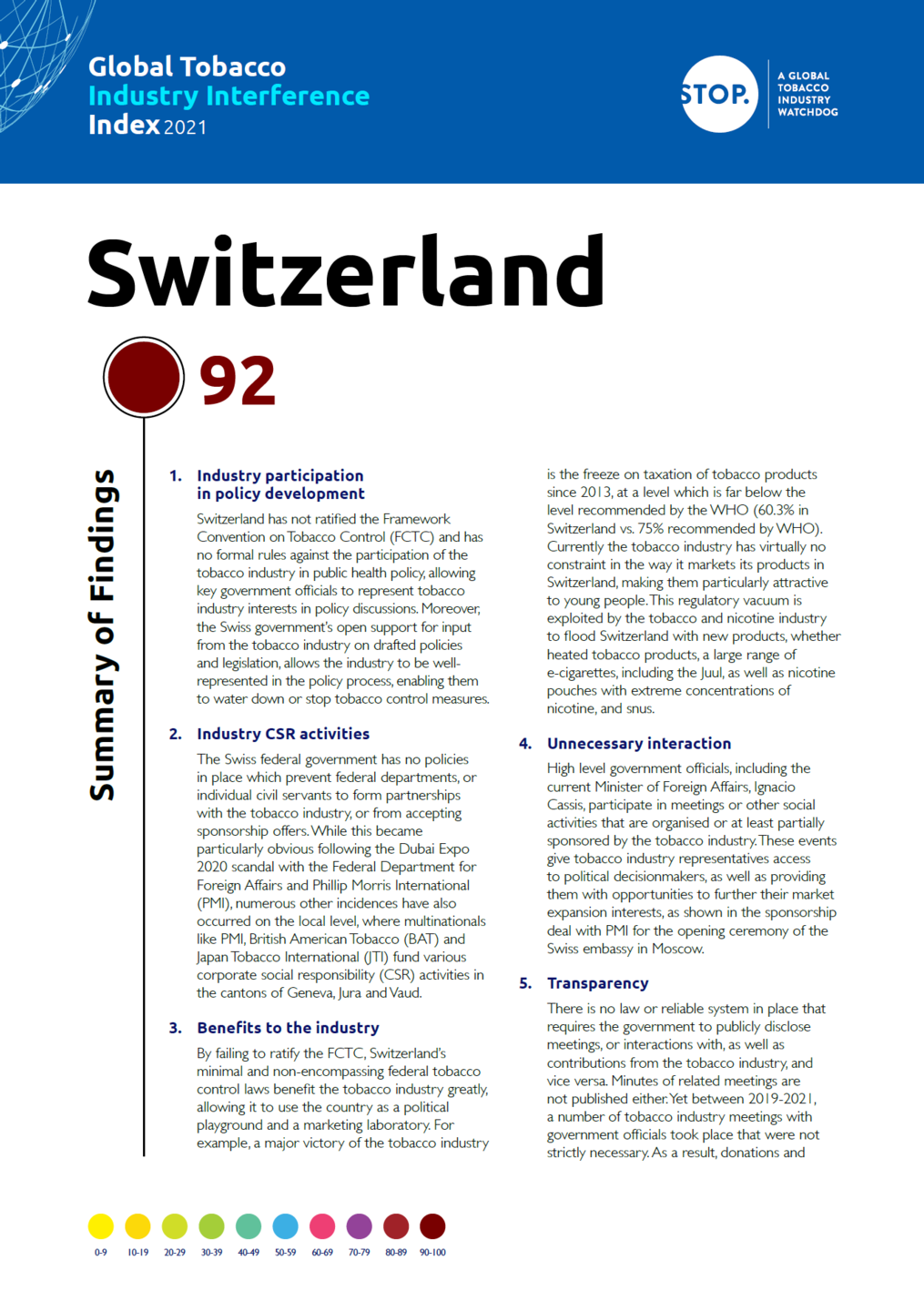 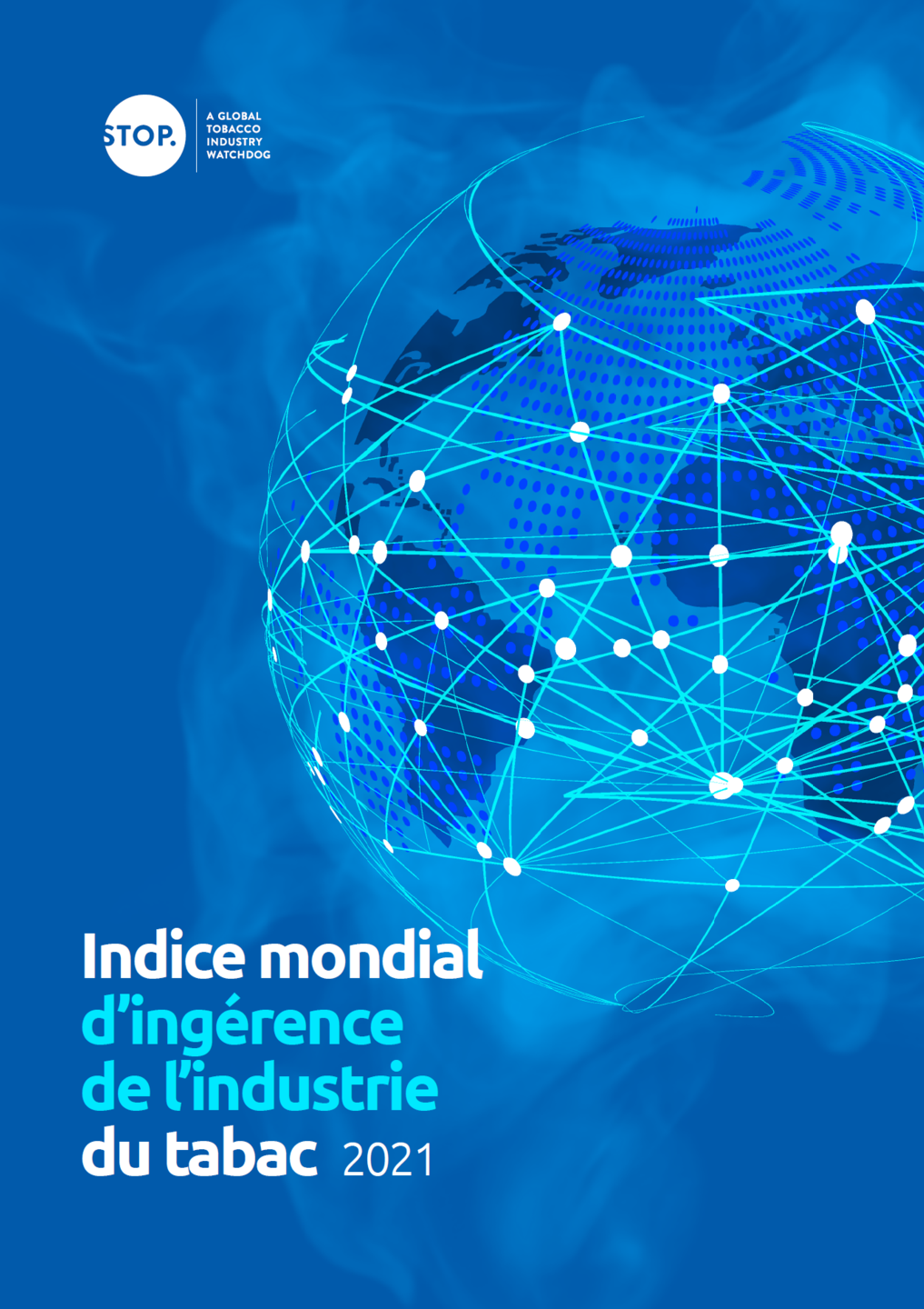 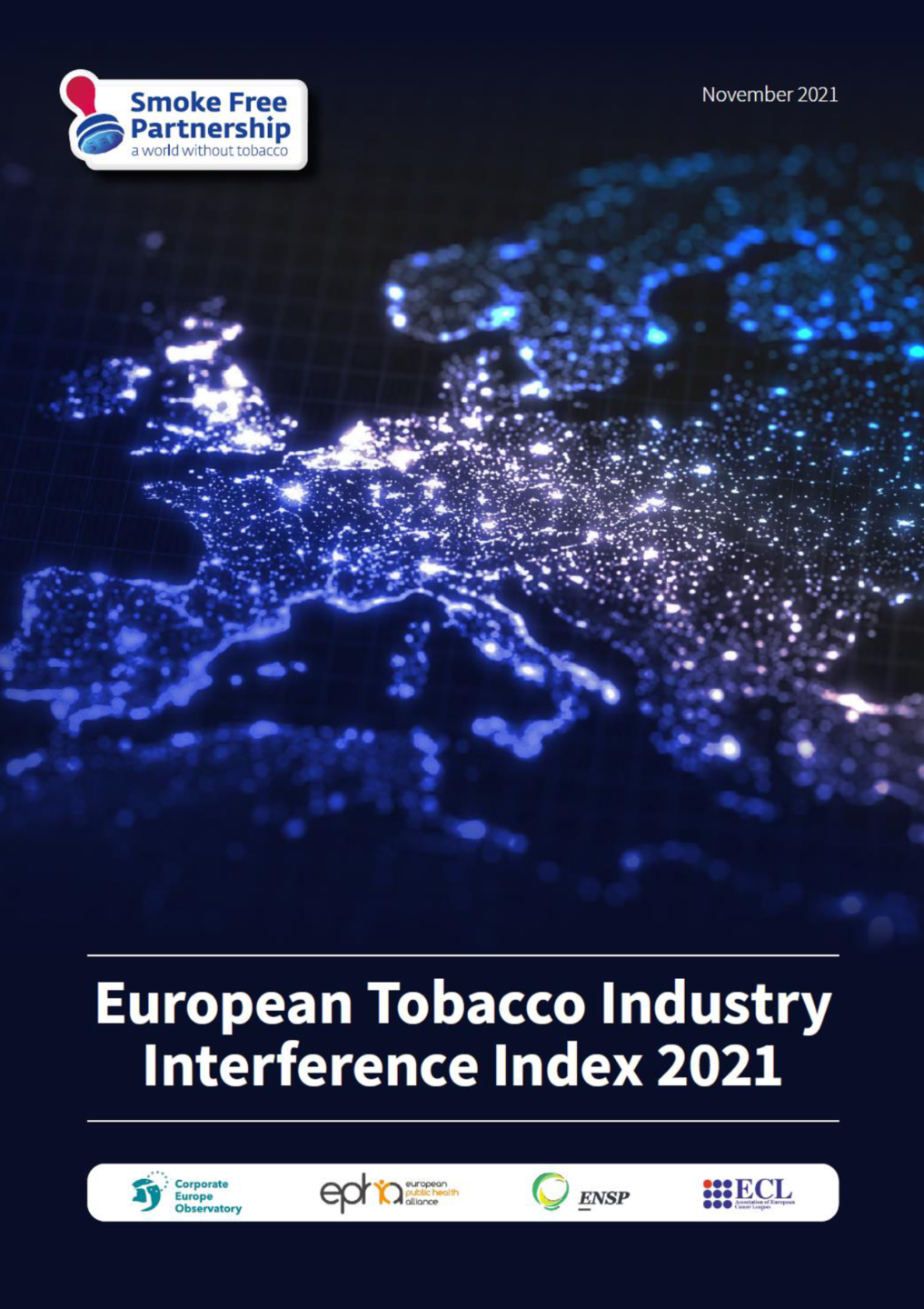