""Vaping: The real dollars behind fake consumer organisations" is a newly-published investigation by “Le Monde” and “The Investigative Desk” (Netherlands) that reveals the alliance between the tobacco lobby and the networks of American oil tycoons to prevent regulations on electronic cigarettes. 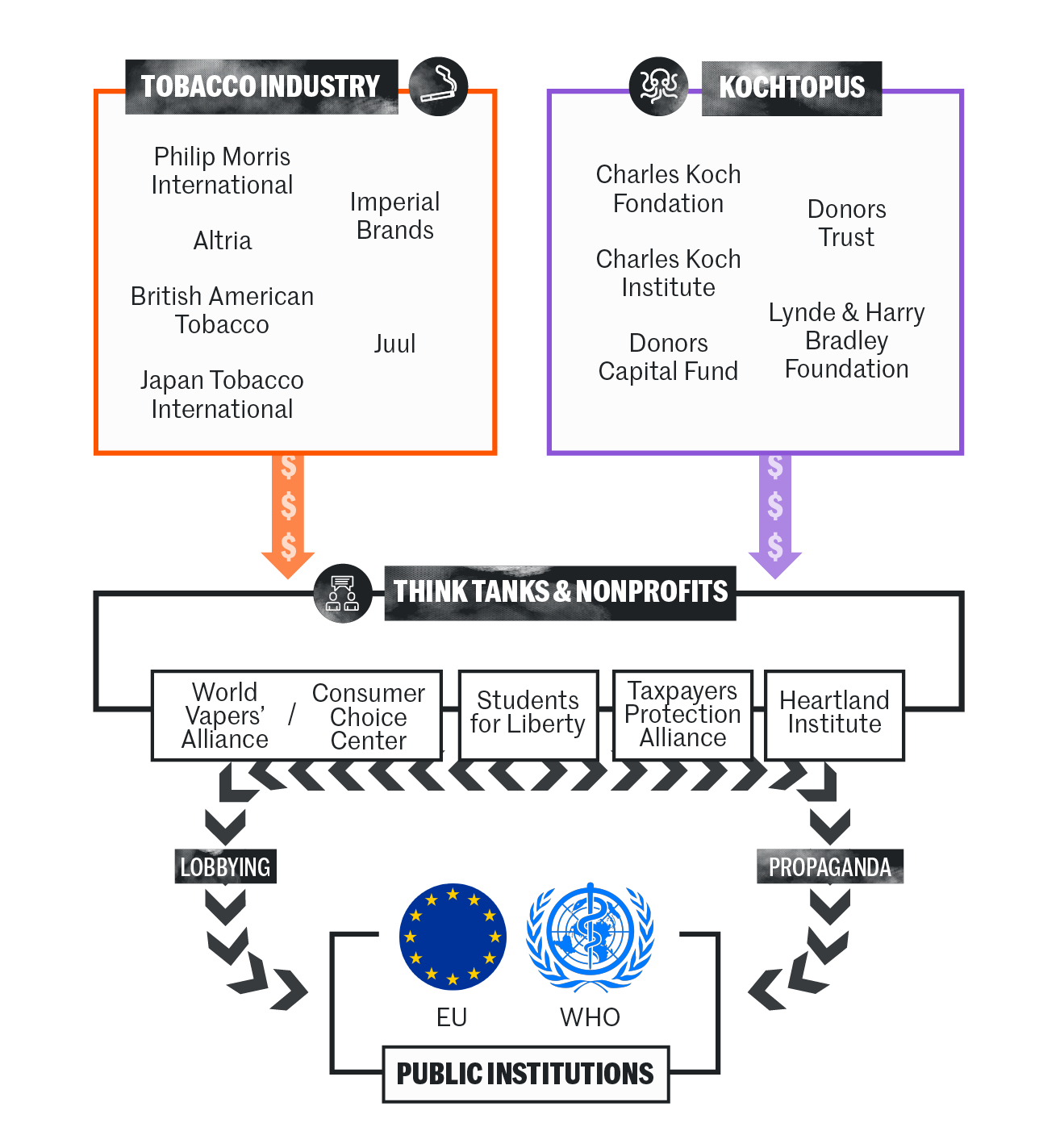 The authors follow the trail of "the minibus of deceit", an electric minibus of the World Vapers’ Alliance touring around European cities since September 2021, with misleading promo messages on e-cigarettes claiming they can “save 19 million lives” in Europe or calling vaping “95% less harmful than smoking”.

Under the guise of defending individual freedom, fake consumer organisations are promoting e-cigarettes. They are an illusion to the public and decision-makers, aiming to influence regulation of these new products and to hamper tobacco control. They are secretly funded by the tobacco lobby and the networks of American oil billionaires. The stakes are not just financial. This elusive nebula is working to disseminate a radical right-wing ideology, hostile to government intervention, in the heart of Europe: libertarianism.

Truth Initiative’s recently published report looking at tobacco imagery in entertainment, “While You Were Streaming: Nicotine on Demand,” finds that as young people watched more video content than ever before in 2020, pervasive smoking and vaping imagery lit up their screens.

SDG 6: Ensure availability and sustainable management of water and sanitation for all

Tobacco's influence extends to many sectors of society and threatens the achievement of the 17 Sustainable Development Goals. Read our latest post on how the production, consumption and disposal of tobacco and nicotine products threatens and pollutes our waters.

The new MMS Bulletin: In the clutches of the tobacco companies

In cooperation with Medicus Mundi Switzerland (MMS), the leading network of international health cooperation and global health, AT Switzerland addresses in an online bulletin the crimes of the tobacco industry in the global South and why they endanger the goals of the 2030 Agenda.