The report examines whether and how the tobacco industry, namely Philip Morris International (PMI) in Switzerland, launches advertising campaigns during crucial parliamentary sessions to influence the political and public debate on the Tobacco Products Act in its favour. The authors examined all tobacco-related advertisements in Swiss print media between 18 August 2020 and 30 August 2021.

Advertisements in the millions

Strikingly, some waves of advertisements clearly precede or coincide with key moments in the parliamentary discussion on the Tobacco Products Act. This suggests that Philip Morris has used the print media in Switzerland to mislead the public by planning its media campaign ahead of key political processes. The expenditure for the advertisements investigated, calculated with the help of publicly available information, amounted to almost 6 million Swiss francs. The report underlines the problematic constellation in which the Swiss Media Publishers Association finds itself: On the side of the tobacco industry, it actively fights stricter rules for tobacco advertising.

PMI placed its advertisements in particular in the high-circulation newspapers of German-speaking Switzerland that are influential in political-public issues, such as the Tages Anzeiger, the Berner Zeitung, the Bund as well as the Neue Zürcher Zeitung and the NZZ am Sonntag.

In the current debate on the popular initiative "Children without Tobacco", which will be voted on by the electorate on 13 February and which demands effective protection of minors, the tobacco industry never tires of emphasising that it has the right to advertise its legal products and that advertising merely serves as a decision-making aid. The advertisements in print media analysed in the report prove the opposite: In the form of paid content, PMI published glossy special supplements and articles in relevant Swiss-German newspapers (NZZ am Sonntag, Schweizerische Gewerbezeitung, etc.). However, these are not product advertisements, but take up topics such as "innovation" or the "improvement of public health", packaged in pseudo-scientific texts. This is clearly hidden political advertising aimed at sustainably manipulating and changing public perception in the interests of the tobacco multinational. The paid content is part of the tobacco industry's strategy to make people doubt the potential harm of its products, as well as to lead the political debate on a wrong track, away from the facts about health effects that are of concern to consumers. 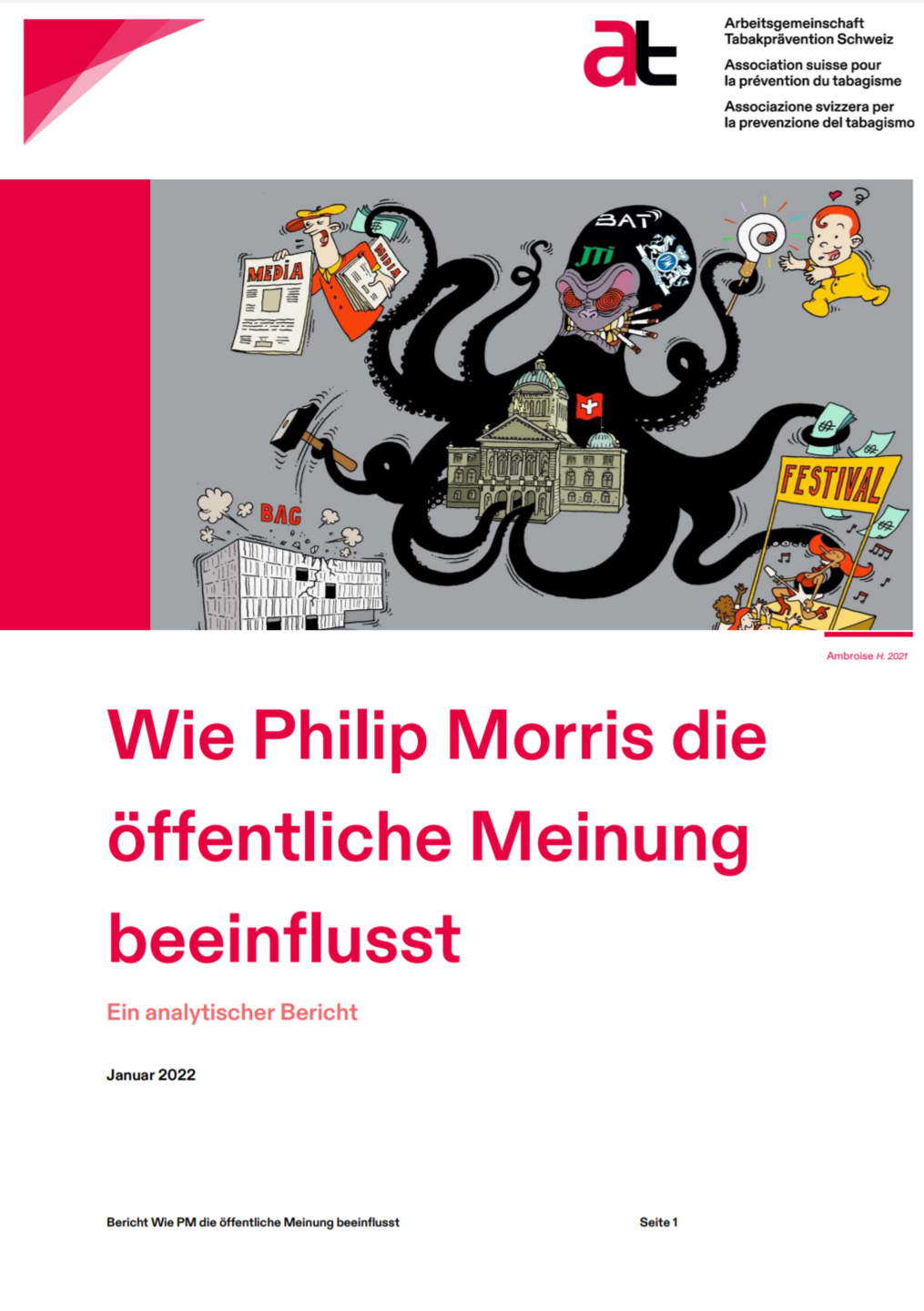 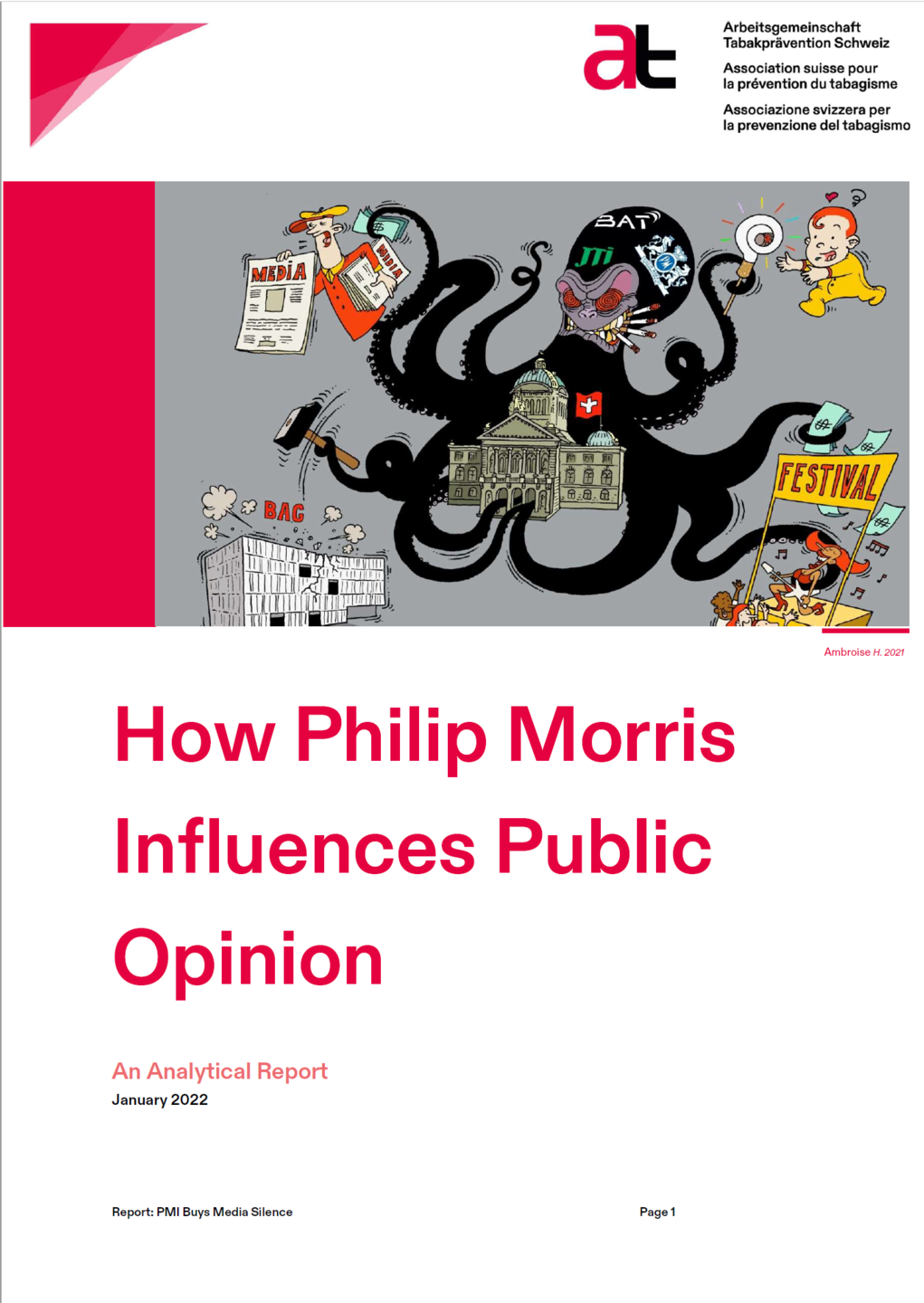