The tobacco industry doesn't typically come to mind as an environmental steward, but the tobacco industry has historically greenwashed its reputation and products through programs on the global level. Even a new report from the World Health Organization and STOP outlines how the tobacco industry has been working to rehabilitate its image by showcasing sustainability efforts through the industry-wide greenwashing campaign. Philip Morris International (PMI) is pursuing its tactics in the cigarette-loving Balkans, where the mayor of Sarajevo recently publicly agreed to partner with the tobacco giant. 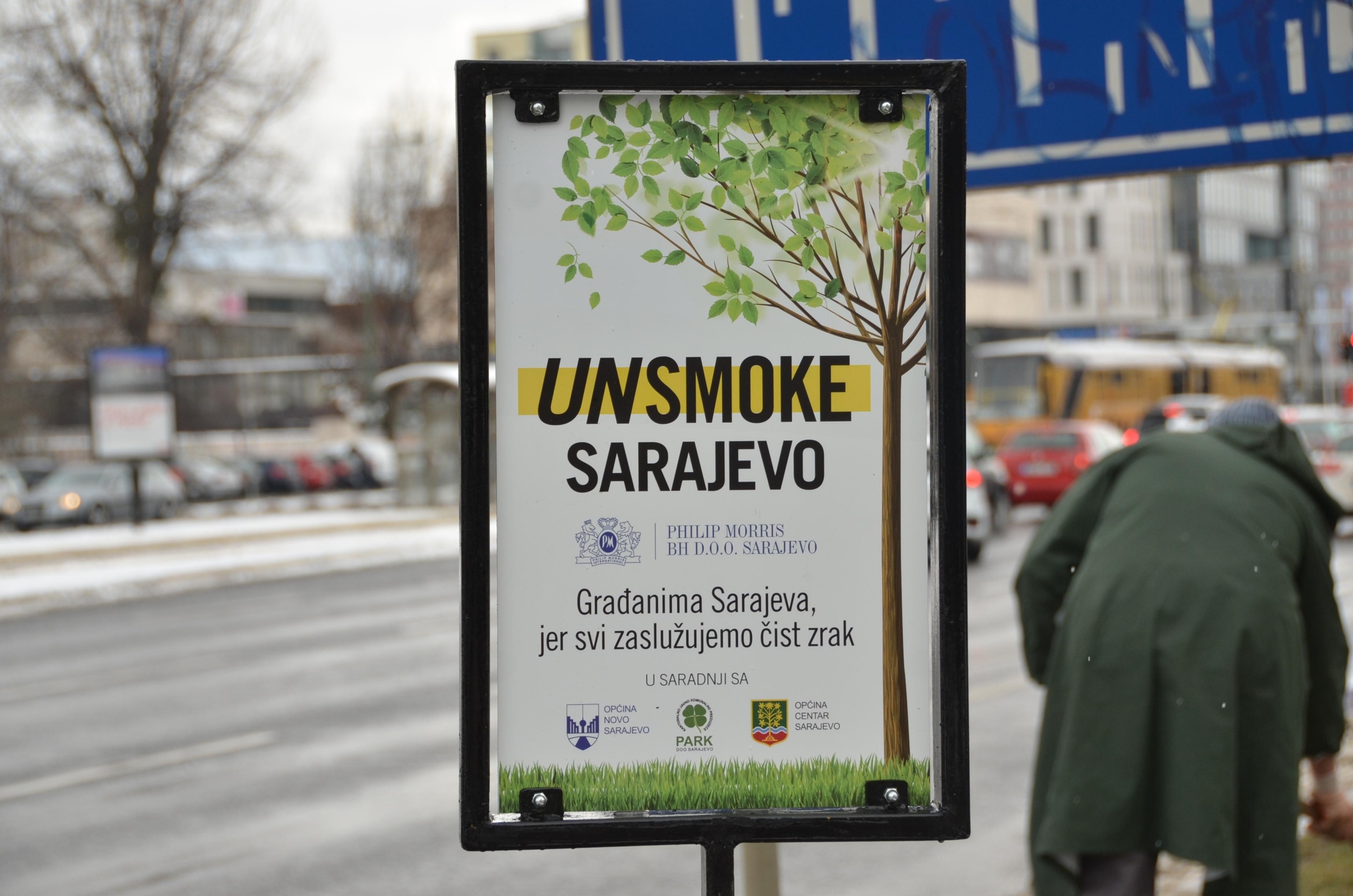 On 7 December 2021, the mayor of Sarajevo City and the mayor of Stari Grad Municipality announced an agreement with PMI within the UNSMOKE campaign. In particular, they announced the initiative of placing the UNSMOKE SARAJEVO mural in the Sarajevo city center. The action was presented as an environmentally friendly initiative that will contribute to air quality measures, as the mural was supposed to be made using photocatalytic paint. The initiative was a clear example of PMI’s greenwashing efforts, as well as a marketing strategy to promote IQOS.

After the announcement of this PMI-led action, young activists from the Youth Health Advocacy Board at PROI addressed a letter to the mayors calling for them to stop cooperating with the tobacco industry and to follow article 5.3 of the WHO Framework Convention on Tobacco Control (FCTC). However, the officials ignored the letter and sent the PMI initiative for consideration to the City Council. The youth activists’ letter was never reviewed at the City Council plenary session. The city administration also opened a poll on their official website called Public Hearing where the initiative to paint the mural of Unsmoke Sarajevo was classified in the field of health. PROI also condemned this initiative through press releases and social media statements. 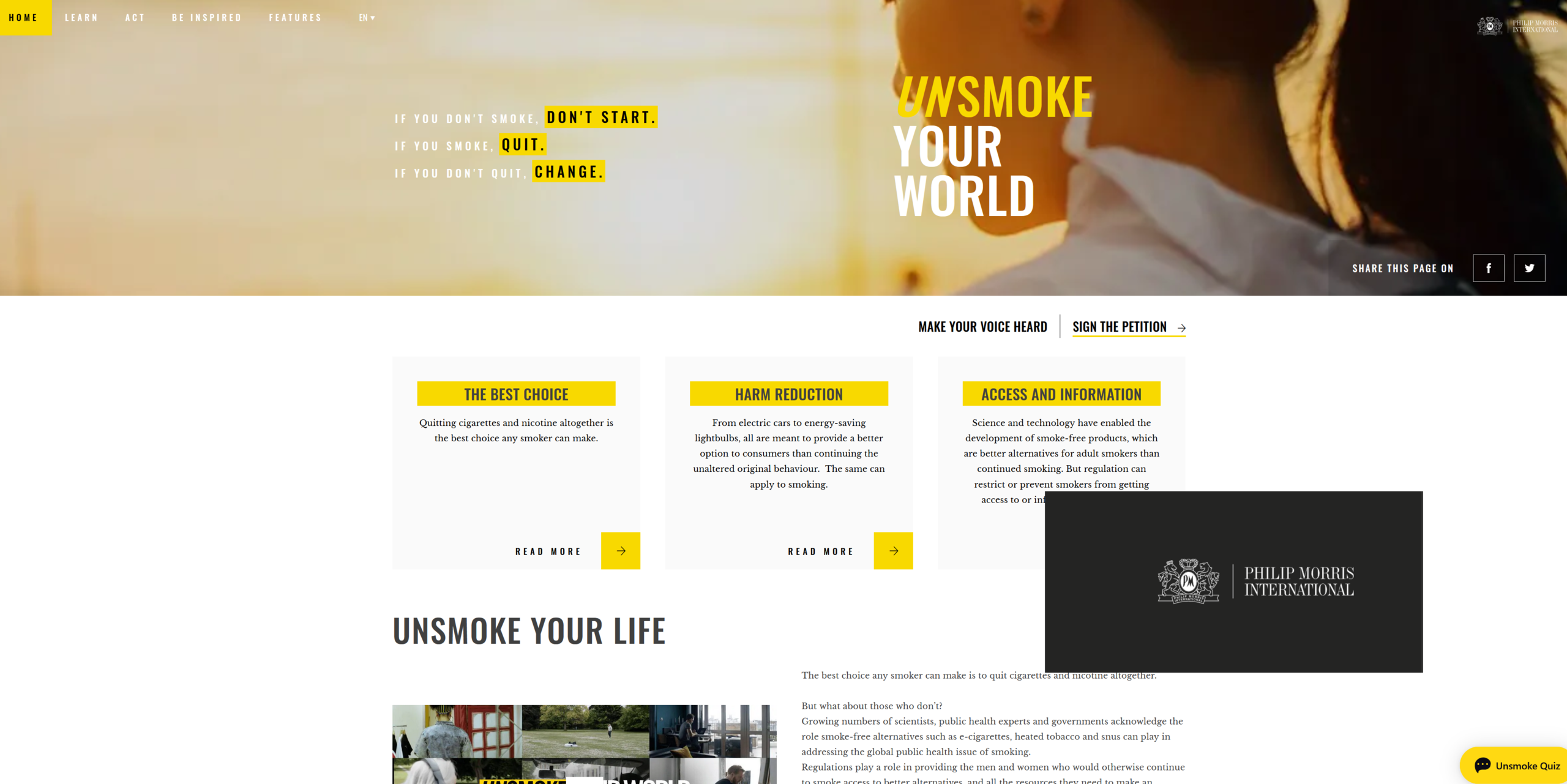 To prevent the implementation of this initiative, which jeopardizes public health policies and tobacco control activities in B&H, PROI sent a second letter to Sarajevo City Council, the Mayor of Sarajevo, the Mayor of Stari Grad Municipality, and Stari Grad Municipality Council demanding termination of the agreement. The second letter, signed by 44 organizations of the international health community, called on the City of Sarajevo and the Old City to end cooperation with the tobacco industry. This is one of the rare instances that – thanks to a timely and coordinated reaction – a greenwashing attempt by the tobacco industry failed. 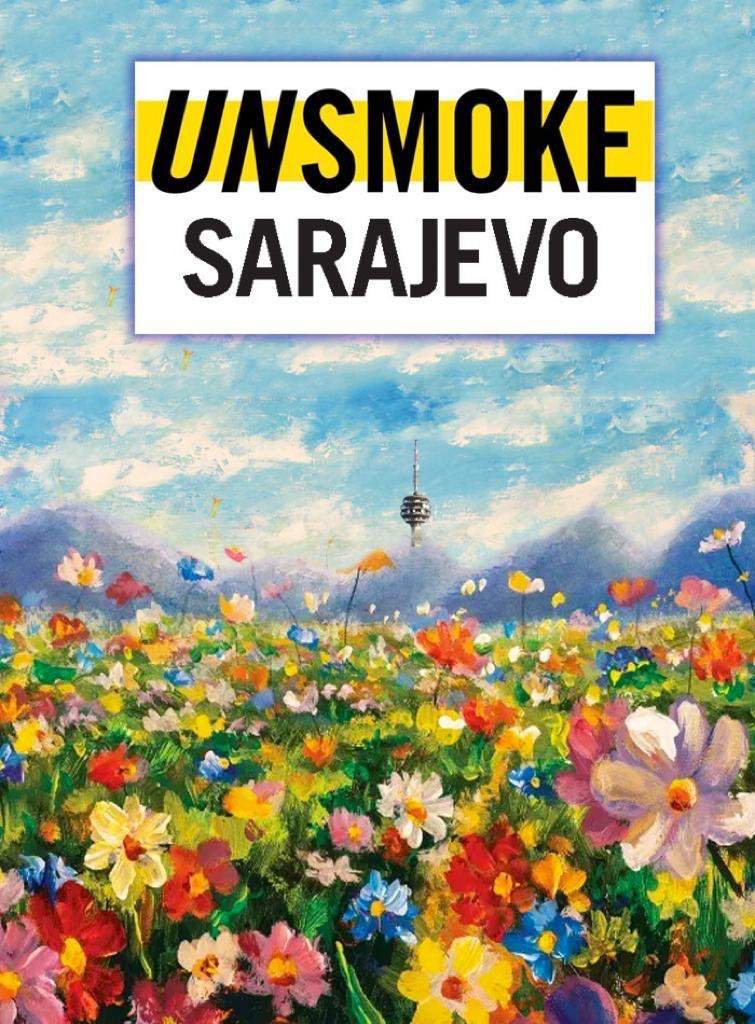 The law on tobacco control in the Federation of Bosnia and Herzegovina was in the parliamentary procedure for six years. The influence of the tobacco industry resulted in blocking the placement of the law on the agenda, blocking its adoption, and ultimately the adoption of the law in its full text.

PROI conducted a comprehensive public campaign and, using adequate advocacy expertise, succeeded in preventing the law from being completely blocked. It is no secret that representatives of the tobacco industry directly contacted MPs, pressuring them to represent their interests and presenting the law as rigorous. Public health efforts to fight disinformation in the public space and to educate over 90 representatives in the House of Representatives of the FBiH Parliament and over 50 delegates in the House of Peoples of the FBiH Parliament resulted in the adoption of the anti-tobacco law, albeit not in the full text. Although the tobacco industry was unable to block the bill, they succeeded in amending the law to exclude Heated Tobacco Products.

In August 2020, the Administration of Indirect Taxation announced the campaign “Stop the Smuggling” that was implemented with Association of economists SWOT, which has a history of collaboration with the tobacco industry and lobby for tobacco industry interests.[1] The campaign, supported by PMI, JTI and BAT, was used as a platform for lobbying for the decreasing tobacco taxes by the tobacco industry itself[2] as well as their front groups[3].

In May 2020, the Government of FBiH[4] and the Government of Republika Srpska[5] each accepted USD 100,000 donations from PMI for COVID-19 pandemic relief. The Government of FBIH published on their official website an article endorsing the PMI donation and stating: “This donation will be aimed at more easily overcoming the crisis period created by the introduction of measures to fight the pandemic, which affected the everyday life of citizens, but also businesses. These donations are a significant contribution to the fight against the pandemic, with the aim that as few people as possible feel its consequences, and to support their rehabilitation as soon as possible.” They also published: “The Government of FBiH uses this opportunity to express its gratitude for the cooperation with the business sector, and donations coming from the private sector, but also individuals.” Later the Federal headquarters for civil protection awarded PMI a written letter of thanks for their successful cooperation and contribution to the construction of the system of protection and rescue of people and material goods in the Federation of BiH[6]

In February 2020, two local municipalities in Sarajevo - Sarajevo Centar and Novo Sarajevo participated in a PMI action called “Unsmoke Sarajevo” and a tree-planting event. The mayor of Sarajevo Centar, Mr. Nedžad Ajnadžic, the mayor of Novo Sarajevo, Mr. Nedžad Koldžo, and PMI General Manager for BiH and Montenegro, Mr. Srdan Lazovic, participated in the event. The action was widely presented in the media with focus on the role of PMI as a socially responsible company.

PMI presents itself as a corporate social responsible company by supporting projects like start-up incubators. Thus, in October 2019, the first regional Start-Up Studio “Lonac” was launched by Foundation “Mozaik”[7]. The main partners of the project were Sweden's government agency for development cooperation, PMI, and Centar Municipality in Sarajevo. The main speakers at the launch event were representatives of Mozaik Foundation; PMI General Manager for BiH and Montenegro, Mr. Srdan Lazovic; Head of Mission of the Swedish Development Agency (SIDA), Mr. Torgny Svenungsson, on behalf of the Swedish Embassy in BiH; and the mayor of Sarajevo Centar, Mr. Nedžad Ajnadžic.

These examples demonstrate how the tobacco industry is very actively trying to influence policies and markets in Bosnia and Herzegovina, with their difficult regulatory environments. The tobacco industry is deploying several of their crooked nine tactics directly from their classical playbook.[8]

Democratic institutions and civil society should remain vigilent and oppose those interferences that are endangering public health in a country with its very problematic 38% prevalence of smoking. In the coming period, PROI will work on strengthening tobacco control measures in the country, initially through support for the implementation of the recently adopted law on tobacco control in the FBiH, then through the adoption of laws in another entity, strengthening of the measures provided for in these laws, and through the strengthening of taxation measures for all tobacco products in the country. The joint action of the governmental and non-governmental sectors is key to achieving these goals, all for the purpose of preserving the health of the citizens of Bosnia and Herzegovina.